Android N is set to be the best system by Google with big improvements and tons of surprise. Read this article to know Android N from every aspect: Android N release date; Android N’s name; Android N features and Android N update; how to download Android N.

1. What is the Android N Release Date

On March 9th, 2016, Google made an announcement that the preview version of Android N was made available and you can see them at Google I/o at 18,May,2016.

However, Google also released the Android N Developer Preview, which you can install on its current Nexus devices for early testing. But if you want your phone get Android N, you should wait to the first few months of 2017.

2. Why is it called Android N

So far we've had Cupcake, Donut, Eclair, Froyo, Gingerbread, Honeycomb, Ice Cream Sandwich, Jelly Bean, KitKat, Lollipop and Marshmallow. About the new Android OS name, It says will start with an N. But what exact name will it be? In March, the developers released a poll, asking users to select their favorite from a list of treats that begin with the letter N. Included were Napoleon, Nut Brittle, Nachos, Nori, Noodles, Nougat and Neapolitan Ice Cream. In addition to a nickname, Android operating systems also have a version number. Android Marshmallow launched in 2015 as Android 6.0, while Android Lollipop launched in 2014 as Android 5.0. So someone said maybe the Android N’s name may be Android 7.0. Anyway, at this time, we really don’t know Android N name and more interesting name trick will be provided at Google I/O 2016.

3. What are the features of Android N

Apart from Android Name and its release date, what attracts users most is its update and function. Recently Developer Preview 2 was released on April 13 and it has a few new updates, including support for the Vulkan API which should bring super smooth graphics, programmable shortcuts in the launcher, the latest version also have the ability for apps to define intent shortcuts, that means, users can use launchers to create shortcuts, like adding a memo to the calendar, with just one press. New “human” emoji design and some API changes have also made. Here Developer Preview 2 introduced specifically.

Home screen folders got some changes. Like circular before , the folder icon on the home screen now shows the first four apps. The window effect into the folder is convenient. If you have three apps in the folder you’ll see them in a pyramid formation and the third one will appears in the central area. 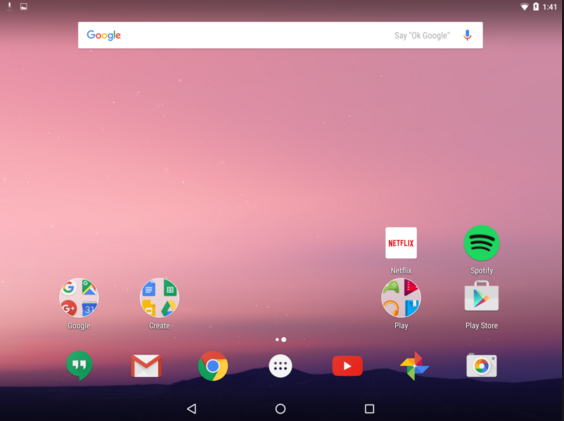 “Clear All” in Recent Apps Menu

Another difference is Apps menu. Different from the Android before, the new “clear all” button doesn't show up until you scroll all the way to the top of the list.

Different Wallpaper For the Lock Screen

About the lock screen, different from Android 6.0 (Marshmallow) features, the second Android N developer preview changes that: Home screen and lock screen wallpapers can now be different. When a Android N wallpaper is set, it now asks if you'd like to apply the wallpaper on your Home screen, Lock screen, or both. 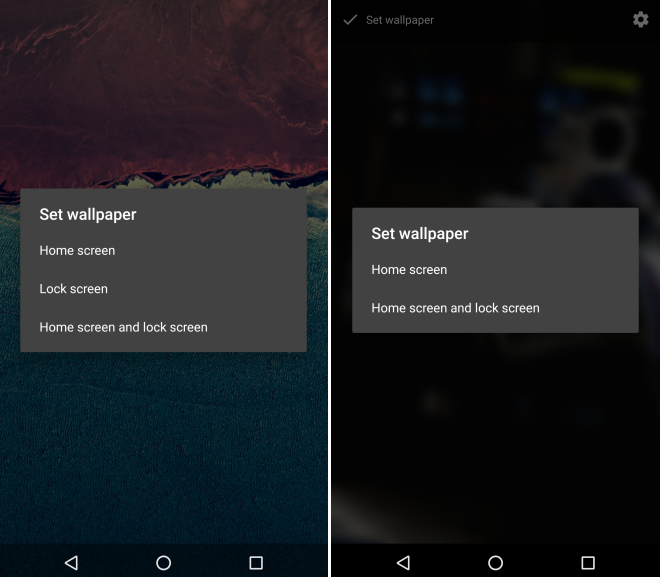 Launcher Shortcuts On The Home Screen

Previewers will also be able to check out app launcher shortcuts in the new update. According to Google, “these shortcuts contain an Intent into specific points within your app (like sending a message to your best friend, navigating home in a mapping app, or playing the next episode of a TV show in a media app).”

Android developers have made it easier for users could feel the pressure with a 3D Touch-like feature. It's reminiscent of Apple's "3D Touch" feature found in the iPhone 6s and iPhone 6s Plus, which can allow for specific parts of an app to be displayed in a pop-up menu when users forcefully press on an icon or other miscellaneous piece of information developed with the feature.

Besides, Android N Preview 2 has had a new camera slightly refreshed interface. The UI is mostly the same, but now has a rounded switch camera button and slow motion now shows up in the pullout menu. Users can now also take pictures while shooting video.

Of course, changes are not only including Emoji, wallpapers, fast app switching, camera changes, and other aspects of the Android interface. This update also includes API changes as we continue to refine features such as multi-window support , notifications, and others. What’s more, some bugs that users reported also fixed in this new OS.

If you want to download Android N 7.0 as testing, you can download images of the new OS directly from Google. Remember that this version is unstable and contains many bugs. The update can be downloaded via Android developers and flash it on a compatible device right now.

Above all, you may know Android N well. Still, more functions will be improved and the corresponding root methods of Android N will also be updated. Let us know your opinions on Google Android N in the comments below.