In the coming MWC in Barcelona this Sunday, the Galaxy S7 is by far one of the most hotly-anticipated launches of the entire show. And it’s due to land just hours after LG’s lifted the lid on its next flagship smartphone, the LG G5.

Here we will look at Samsung Galaxy S7 release date, specs and prices rumors in this article.

As said, Samsung Galaxy S7 will be launched at the annual trade show held in Barcelona just like Galaxy S6 launched at MWC 2015 and Galaxy S5 at MWC 2014.

The actual on sale data is going to be March 11, so those who pre-order should get their phones that day or maybe the day after. They’ll be available in three colors and as 32GB models. Samsung might launch a free Gear VR headset with the pre-order.

Design: Once said Samsung Galaxy S7 will come in 2 sizes: 5.2-inches and 5.8-inches. And Antutu benchmatks leaked above describe yet abother 2,560x1,440 resolution. From a report from Venture Beat, claiming two devices, the regular S76 with a 5.1-inch display and the S7 edge with a 5.5-inch display.

Camera: Antutu benchmatks also leaked that Galaxy S7 shows it having a 16-megapixel rear-facing camera and a 5-megapixel front-facing camera, which are the same camera specs found on the Galaxy S6.

Photo: Like said from a source of Android Geeks, Samsung software engineers have said the Galaxy S7 will arrive with a photo feature like Apple’s Live Photos. And this feature is still under development.

Sotfware: Whether Galaxy S7 will be with the latest version of Google’s mobile OS - Android Marshmallow, it’s still a question. It may come with a tweaked version of TouchWiz.

Hardware: From Chinese Weibo, S7 is powered by Qualcomm's Snapdragon 820 processor, even though Samsung avoided Qualcomm in 2015;

From NapiDroid, it shows what's claimed to be the Galaxy S7 running an Exynos 8890 CPU. This octa-core processor is running at 1.6GHz and is backed by 3580MB of RAM.

Battery life: There is a big improvement of Galaxy S7 battery life. Reportedly, Samsung Galaxy S7’s battery is 3,000mAh. Other claims that it will actually have a 2800mAh battery. But despite the smaller size a more efficient OS and chip should still mean a good few days on a charge. And the device will include wireless charging again.

Other feature about storage: The unnamed source also suggested that given the (rumoured) microSD card slot was making a return, Samsung would only be producing 32GB versions of all the handsets, rather than making numerous storage options. 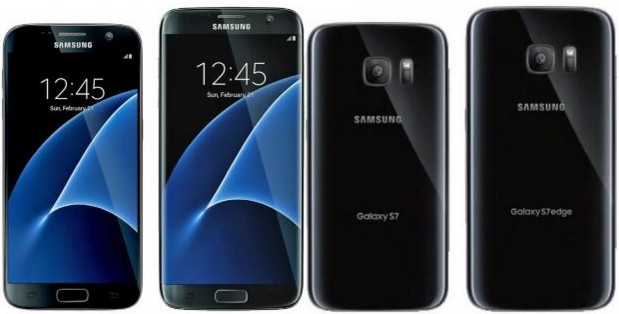